Happy tails from our last event

The adoption event in Albuquerque on August the 28th was a great success. We adopted out two rabbits and set an event record by sending NMHRS volunteer Kirstin home with fewer rabbits than she arrived with! Two bunny bondings were initiated, meaning another two rabbits might have found new mates and new homes. Thanks to Ned, our Albuquerque Shelter Volunteer Coordinator, we also adopted out a turtle and a cat!

Desdemona, a girl bunny found dumped at the side of a road, had been in a foster home with Kirstin for seven months.  She was almost adopted twice before she found her forever home – once by a couple who opted for a pair instead, and once by a couple whose male rabbit chose her after dating several females. Sadly that bonding didn’t work out.

Desi’s new mom came to the adoption event at the very beginning and immediately asked “Which one is Desdemona?” and then continued to fall in love with her over the next hour as she spent time with her, so it was meant to be!

Since the adoption, Desi has been gifted with a new name, Elsie-Bee!  Elsie-Bee is having the time of her life with free-range access to her new home. 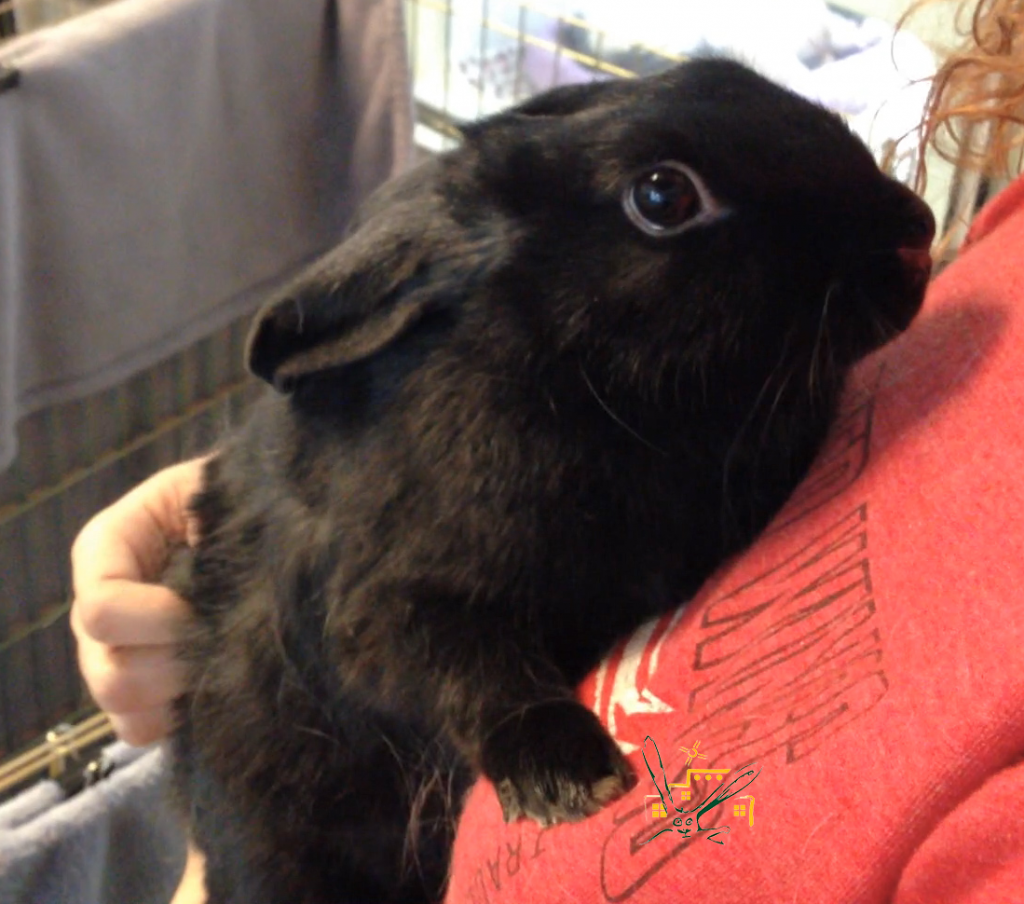 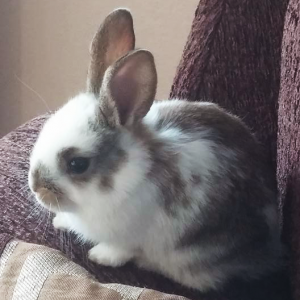 Moonbeam as a baby

Moonbeam was turned into the shelter on May 7th as a stray. Volunteer Kirstin, visiting the shelter for a NMRHS adoption event, fostered her from her very first day. She was so tiny that she had to be kept her in a bird cage! Her new family (a mom and two sons) fell in love with the thing that everyone who meets Moonbeam falls in love with – her ears! They are extremely expressive, and she usually has them tilted very far forward.

At the adoption event, Moonbeam was scheduled for a date with a male bunny who was looking for his other half. She was unavailable until the date had concluded. Her new family waited for hours at the event until Moonbeam’s date arrived. Luckily for them, Moonbeam and the male were not star crossed lovers!

The family spent some time with Moonbeam in a room and knew that they had to take her home. The best part – they’ve had a rabbit before, so Moonbeam will have lots of space (indoors!) with a family who knows how to dote on her without treating her like a toy, and they already have plans to bond her in the future. 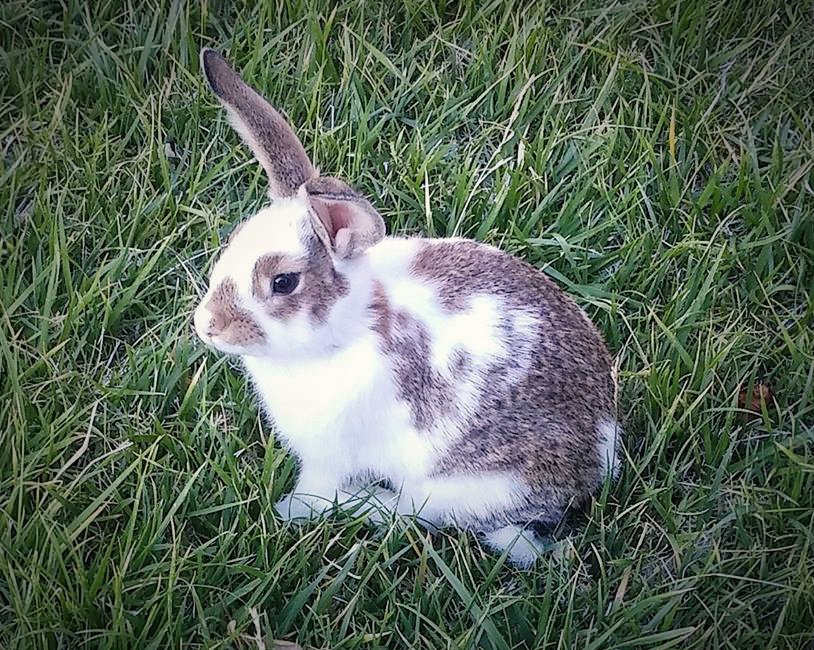 Moonbeam showing off those glorious ears