Home About Us NMHRS History 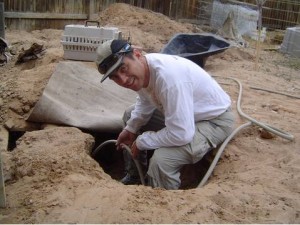 New Mexico House Rabbit Society was founded in the summer of 2009 due to a crisis with a local rabbit hoarder. We had been, until that time, a small group of volunteers who worked together to help the rabbits at Albuquerque Animal Welfare Department. By the time the crisis was over, we were an official chapter of HRS.

A local man and his wife who had been rescuing rabbits on their own, but failing to spay or neuter them, took in more than they could handle, and they began breeding and getting out of the pens that he set up for them. By the time our volunteers got involved, there were over 300 rabbits; that total would eventually rise to over 350.

We reached out to rabbit rescue groups, HRS chapters, and shelters around the country for help, and were overwhelmed by the kindness and generosity of hundreds of people. Because of the strain to our resources, we realized we needed to incorporate, get our non-profit status from the government, and become an HRS chapter.