Prerequisites for a sucessful introduction 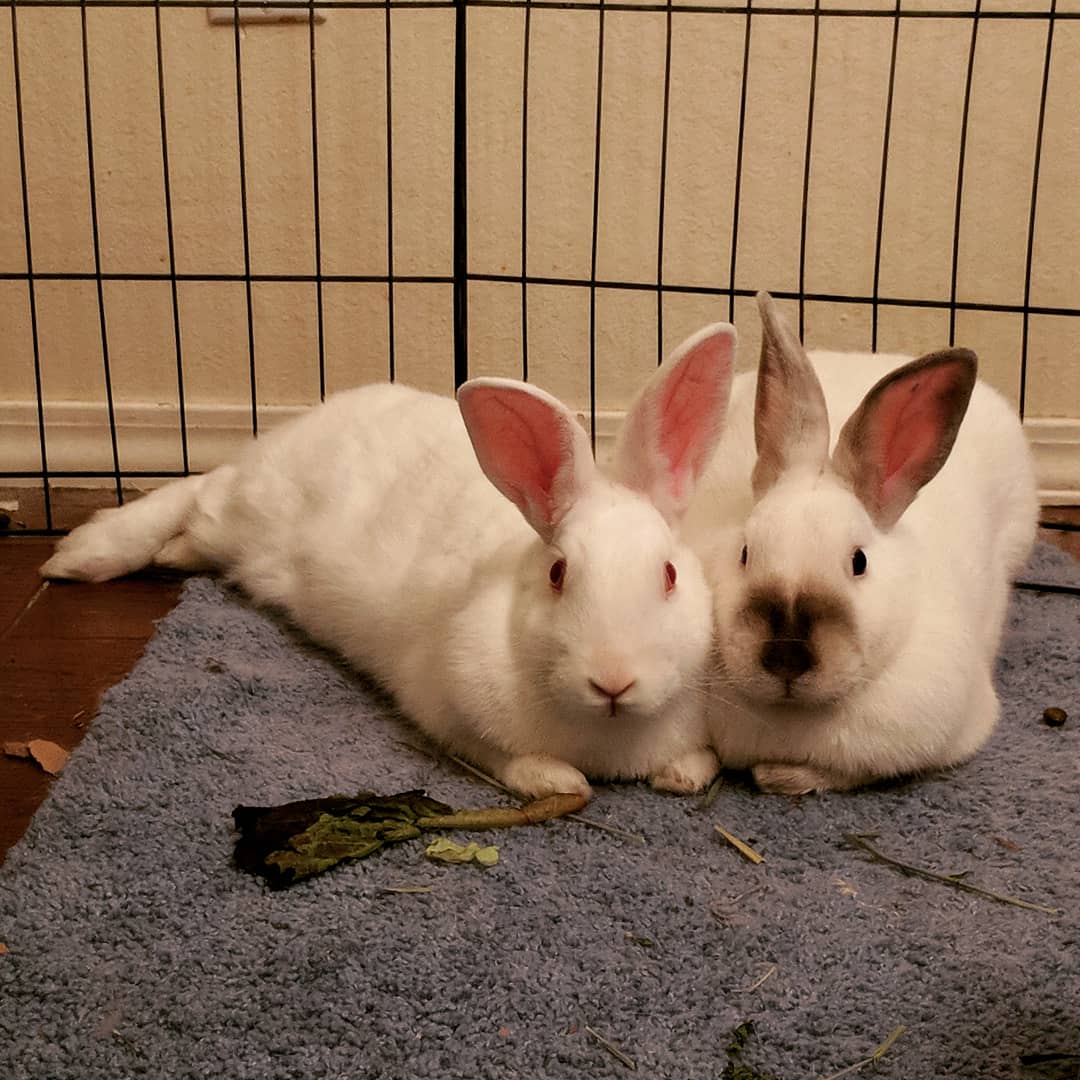 Before attempting an introduction, the rabbits should be spayed or neutered, and you should wait for a 4-6 weeks after the surgery before proceeding with the introduction. This delay both ensures proper healing and gives the hormones a chance to dissipate. This delay is especially important with a newly neutered male, as a male bunny can still be fertile for two weeks after fixing.
Many of the calls we receive are from well-meaning rabbit caregivers who bring a new rabbit home, put him with their existing rabbit, and think all will be fine. Sadly, these hasty introductions often result in serious harm or injury from biting, chasing, or other forms of attack.
In addition, rabbits are not quick to forget, so a bad fight could hinder future bonding success. Taking the time, reading up, and waiting for two spayed or neutered rabbits to be introduced will ensure you the best possible chance at a loving, bonded relationship.

What are the possible types of introductions?

What are the possible scenarios after first introduction?

How To Work With Space

Rabbits are extremely territorial. In wild rabbits, territorial behavior includes depositing marking pellets at the boundaries of the territory, chinning, urinating, and aggressive behavior such as digging, circling, and fighting. Wild males tend to defend larger territories while wild females concentrate on their nests. In our neutered domestic rabbit companions, hormonal causes may be absent, but territorial behavior still exists. Thus, when introducing new rabbits, NEUTRAL territory must be used while bonding them.

What you are trying to do is eliminate the possibility of developing any territorial behavior in the rabbits. So choose introductory spaces that are as different from your existing bunny’s territory as possible. You are also trying to encourage positive feelings in your rabbits. By creating artificial situations where your bunnies are snuggling, rubbing noses, smelling each others’ fur, etc., you are creating positive memories, even if they are also stressful. I call this “coerced closeness.” They are positive in the sense that they don’t associate the other bun with the stress (of the car ride, for example), and they associate the other rabbit with feelings of security. If they fight, then they will carry THOSE bad memories around with them, and will remember that they fought together.

Always introduce rabbits, regardless of sex or age, in NEUTRAL space first. (Obviously, if you’re bringing home two new bunnies together, then any space in your home is neutral space.) Possible neutral spaces might be: a room that your existing rabbit has never been in, a friend’s home or apartment, the seat of a car, on top of the kitchen table, the garage, the bathtub, the back yard, etc.

None of these suggestions will work by themselves, and none will work immediately (usually). Work with your rabbits every day, for at least twenty minutes or so a day, and when you’re not working with them, keep them in eye contact of each other. Start with extreme scenarios and gradually move to less extreme. Do one extreme and one less extreme every day. The more often you work with them, the quicker the progress. If you want to move at a quicker pace, then you need to arrange a large block of time (like a week’s vacation) in an extremely neutral space (like a friend’s or relative’s house). If one rabbit is elderly or otherwise compromised, proceed very slowly with bonding to minimize the stress.